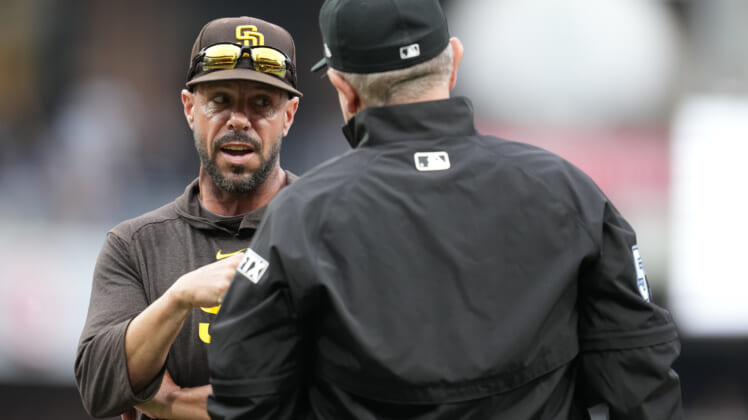 The San Diego Padres brought on Jayce Tingler to be their manager ahead of the 2020 season with the expectation that he would lead them to World Series contention.

Less than two years later, and Tingler is out of a job following a disappointing 2021 campaign.

The Padres announced on Wednesday that they have fired the manager after the team posted a 79-83 record and missed out on the playoffs.

“The San Diego Padres have relieved manager Jayce Tingler of his duties, President of Baseball Operations and General Manager A.J. Preller announced today,” the team said in a press release. “Tingler has been offered an opportunity to remain with the organization.”

Boasting a huge payroll and some of the top stars in the game, San Diego started out the 2021 campaign with a 36-23 record. It then went on to post a 43-60 record throughout the remainder of the season. That was pretty much the death knell for Jayce Tingler in Southern California.

It’s going to be interesting to see where this team goes from here. We’re still talking about one of the most-talented rosters in Major League Baseball with Fernando Tatis Jr. and Blake Snell leading the charger.