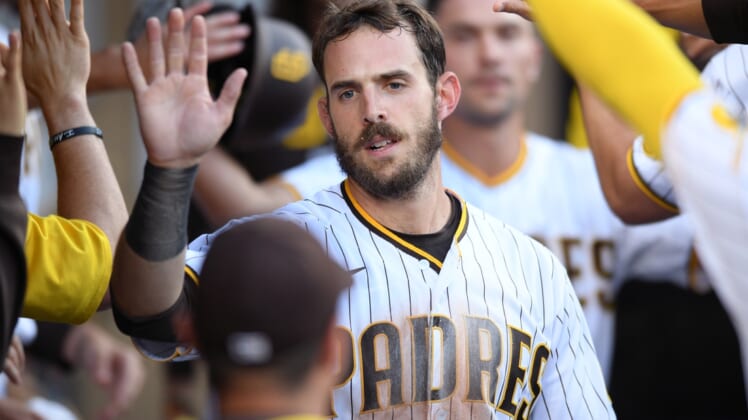 San Diego Padres catcher Austin Nola was placed on the 10-day injured list Friday and the third-year player will have surgery to repair a damaged ligament in his left thumb, ending his season.

An injury-riddled season limited the 31-year-old to 56 games while batting .272 with two home runs and 29 RBIs. The season began with a fractured left middle finger during spring training, followed by a left knee sprain. He is expected to be healthy for the start of spring training in February.

San Diego recalled catcher Webster Rivas from Triple-A El Paso in a corresponding move. The 31-year-old Rivas batted .220 with two homers and four RBIs in a 21-game stint with the Padres earlier this season.