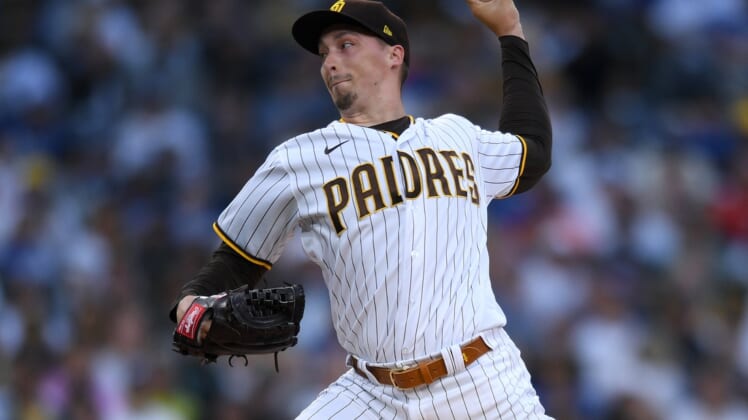 The San Diego Padres scratched left-hander Blake Snell from his scheduled road start Tuesday against the Cincinnati Reds due to an unspecified illness.

Right-hander Craig Stammen will make his first start since Aug. 4, 2010 in place of Snell.

In his first season with San Diego, Snell is 3-3 with a 5.29 ERA over 15 starts — slightly underwhelming numbers for a pitcher who won the 2018 American League Cy Young Award with the Tampa Bay Rays. The Padres acquired Snell from Tampa Bay in December in exchange for catcher Francisco Mejia and three prospects.

Stammen, 37, began his major league career with the Washington Nationals, making 19 starts in 2009 and 19 more in 2010 before a midseason move to the bullpen. He did not started a game in the previous nine seasons.

The start of the Padres-Reds game Tuesday was delayed by inclement weather.