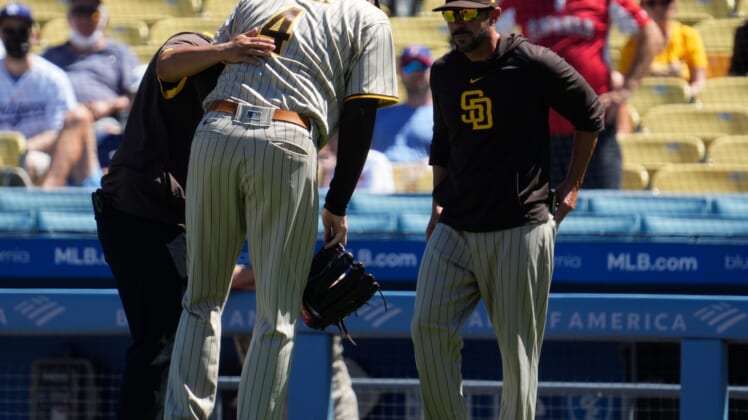 Snell threw a pitch in the dirt to the Dodgers’ Trea Turner, pointed to the Padres’ dugout and immediately limped off the field without waiting for a trainer to arrive. The injury occurred on his 11th pitch of the game.

Snell had been on a roll of late with a 1.85 ERA over his previous seven starts as the Padres are attempting to hold off the Cincinnati Reds for the second wild-card spot in the National League. The teams entered play Sunday tied for that last spot.

Snell has delivered a 7-6 record with a 4.22 ERA in his first season at San Diego following his arrival in an offseason trade with the Tampa Bay Rays. He has been particularly sharp against the Dodgers this season, delivering a 1.96 ERA in four starts against the team’s National League West rival.