Grisham (bruised left heel) last played for the Padres prior to Saturday on May 21.

The 24-year-old was batting second in Saturday’s game against the New York Mets. 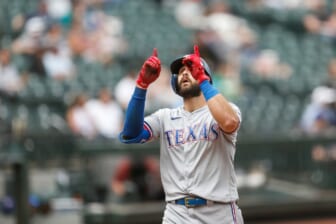 Grisham batted .301 with six homers, 14 RBIs and seven steals in 36 games prior to the heel injury. The 24-year-old is also highly regarded as a defensive player and won his first Gold Glove last season.