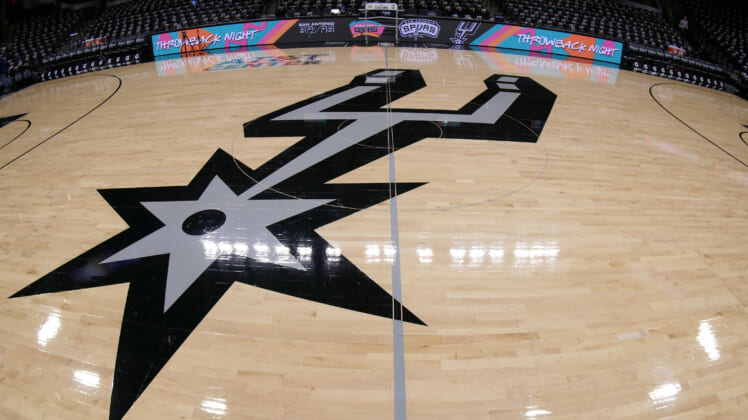 The San Antonio Spurs have now missed out on the NBA Playoffs for a third consecutive season. It’s the first time this has happened in the history of the franchise, beginning all the way back in 1967 when they were the Dallas Chaparrals.

Stuck between bottom-end playoff contention and a complete rebuild, it’s not yet known what the Spurs will do this summer following a play-in loss to the New Orleans Pelicans.

What we do know is that San Antonio has three first-round picks in the 2022 NBA Draft to work with and a projected league-best $24.79 million in cap room. What will the Spurs do this summer to help aging head coach Gregg Popovich remain competitive as his career hits its twilight? We look at that below in previewing the San Antonio Spurs’ offseason plans.

San Antonio has a ton of young wings to work with moving forward. That includes 2021 first-round pick Joshua Primo as well as the likes of Devin Vassell, Keldon Johnson and Lonnie Walker. Moving one of these players as well as a first-round pick in the 2022 NBA Draft for a proven entity should be in the cards here.

It helps that general manager R.C. Buford has salary cap room to work with, too. Perhaps, going after someone like Detroit Pistons star forward Jerami Grant could make a ton of sense here. Grant is a two-way player who would help even out San Antonio’s rotation. In the process, the Spurs send Lonnie Walker or Joshua Primo and a 2022 first-round pick as well as a cap filler such as Zach Collins to Detroit.

Jakob Poeltl is a nice enough big man. But the idea that he’s a needle mover makes absolutely no sense. The 26-year-old averaged 13.5 points and 9.2 rebounds in 2021-22. He could even be moved for more assets. And in reality, the Spurs should do their best to add a center with more upside.

Jalen Duren from Memphis and former Duke center Mark Williams are two options. The same could be said for Serbian forward Nikola Jovic and Arizona’s Christian Koloko. A combination of two of these players could help San Antonio expedite its rebuild.

With a nice amount of money to spend against the cap, San Antonio could potentially create even more room in order to sign a restricted free agent to an offer sheet. There’s a ton of young talent likely set to become available during the summer.

Phoenix Suns star center Deandre Ayton tops the list. He’s among the five-best young bigs in the game. If Buford and Co. play their cards close to the vest, they could potentially pry Ayton away from Phoenix on a max contract. He’s a franchise cornerstone and would work well with the Spurs’ excess of wings. He’s also just 25 years old — fitting well into San Antonio’s rebuild plans.

Why would San Antonio add a veteran like Grant while moving off its only All-Star? It’s all about taking advantage of Murray’s success this past season and the market that would greet him on the trade block.

Has Murray hit his ceiling? If so, the Spurs could make the decision that it’s best to sell high on the star point guard. We’re talking about him being able to land San Antonio multiple first-round picks and a young player.

The idea would be to build around the aforementioned Ayton, 2022 draft picks and the plethora of wings San Antonio boasts. It almost makes too much sense.