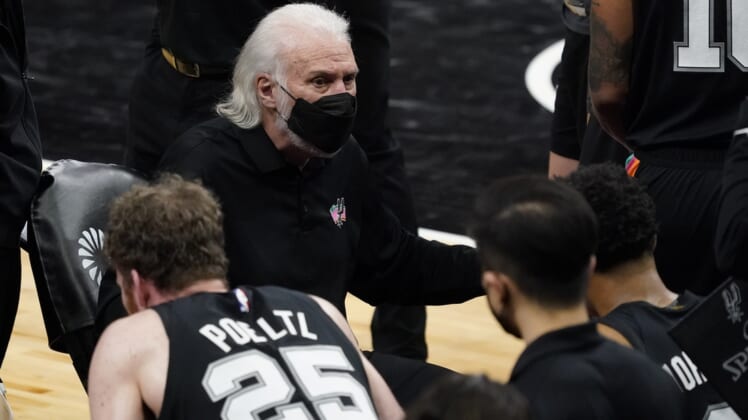 Tuesday’s game between the San Antonio Spurs and host Detroit Pistons has been postponed by the NBA in accordance with the league’s health and safety protocols.

Per the NBA on Monday, a positive test within the Spurs’ roster and subsequent contact tracing will prevent the team from having the league-required eight players available for the game.

The Spurs’ game against the New Orleans Pelicans on Jan. 25 was postponed after each team’s contact tracing left them both without enough players.

The Pistons saw their game against the Washington Wizards on Jan. 15 postponed due to COVID-19 concerns. Detroit’s contest versus the Denver Nuggets on Feb. 1 was halted just minutes prior to tipoff due to concerns with the Pistons’ roster.