Sammy Watkins hints his time with Chiefs is over 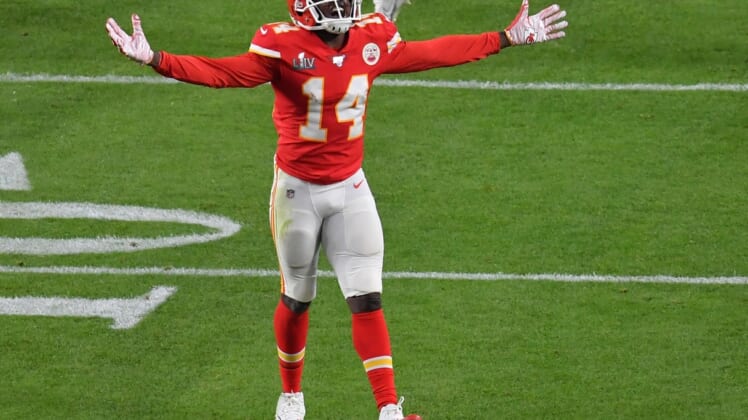 Kansas City Chiefs receiver Sammy Watkins caused quite the stir before Super Bowl LIV by hinting he could retire. Now nearly month after helping the Chiefs win a Super Bowl ring, Watkins seems to be hinting his time in Kansas City is over.

The 26-year-old receiver, who is owed $13.75 million next season, has been rumored to be a potential cap casualty this offseason. It appears that Watkins is already thinking about his future away from the Chiefs.

Kansas City would create $14 million in cap space by cutting Watkins, the kind of financial flexibility they need to re-sign Chris Jones and sign Patrick Mahomes to a record-breaking extension.

While the Chiefs would certainly love to bring Watkins back if he’s released, they’d face plenty of competition. The 6-foot-1 receiver is a big-play threat that would be an excellent addition to any offense. In fact, it seems he’s already being recruited to join another team.

If Watkins ultimately hits the open market, he certainly might consider joining his fellow Clemson alumni DeAndre Hopkins and Deshaun Watson with the Houston Texans.