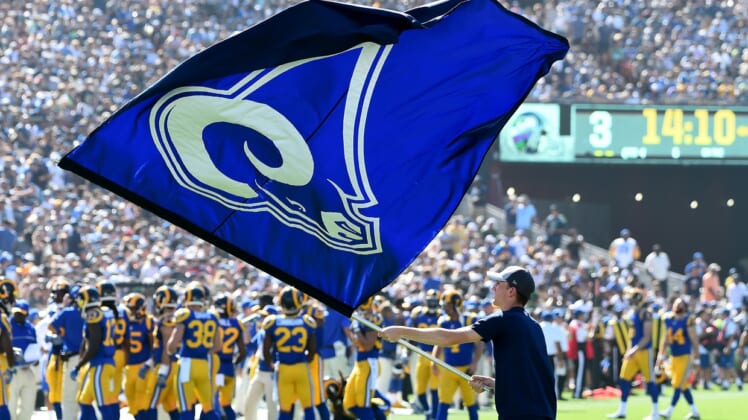 Los Angeles Rams cornerback Sam Shields’ NFL career was in doubt at one point after he suffered multiple concussions, but on Saturday he was back in a big way.

Shields intercepted Houston Texans quarterback Brandon Weeden, who was trying to get the ball to Sammie Coates, jumping the route perfectly.

After the play, Shields’ teammates mobbed him to celebrate this monumental achievement with him.

Very cool scene as guys sprinted down the sideline to celebrate with Shields. Could tell this was a moment Shield has been waiting for and teammates clearly ecstatic for him.

Before concussions derailed his career, Shields was a darn good cornerback in this league. During his first six seasons, all with the Green Bay Packers, he racked up 18 interceptions and was voted to one Pro Bowl.

Shields will serve a two-game suspension at the start of the season for a 2017 off-field incident and is expected to make his Rams debut in Week 3 of the regular season.