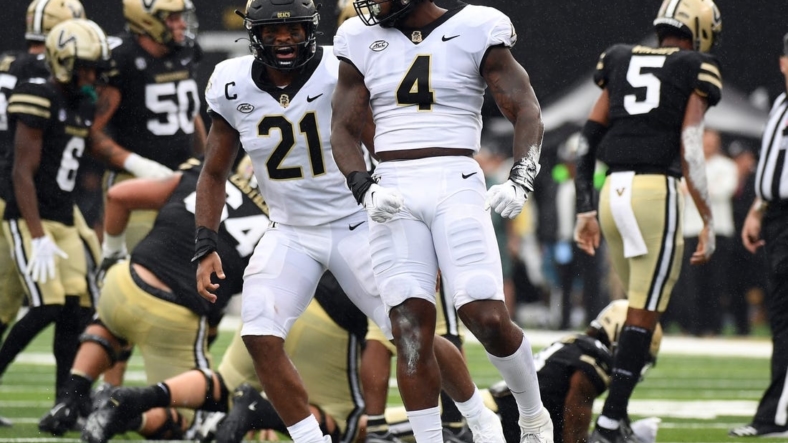 Sam Hartman returned from a preseason medical condition that delayed the beginning of his season to throw four touchdown passes as No. 23 Wake Forest wallowed host Vanderbilt 45-25 on Saturday afternoon in Nashville, Tenn.

Hartman finished 18-for-27 for 300 yards without an interception.

He had a blood clot removed Aug. 9 and missed the season-opening romp past Virginia Military Institute.

A.T. Perry had five receptions for 142 yards and a touchdown. Running back Quinton Cooley, who gained 57 yards on nine rushing attempts, ran for a 24-yard touchdown in the fourth quarter.

Vanderbilt quarterback Mike Wright, who accounted for a school-record six touchdowns a week earlier against Elon, was limited to 35 passing yards on 8-for-15 passing and 17 rushing yards on eight carries. He committed two turnovers — an interception and fumble — in the first quarter.

Backup AJ Swann threw for two touchdowns for the Commodores (2-1), who were aiming for their first 3-0 start to a season since 2017.

Wake Forest got on the board when Coby Davis intercepted a tipped pass and returned the ball 31 yards for a touchdown.

Hartman’s first two touchdown passes came within a 50-second span of game time. He hooked up with Perry on a 68-yard scoring play with 46 seconds left in the first quarter. On the first play of the second quarter, his 2-yard toss to Christian Turner helped the Demon Deacons stretch their lead to 21-3.

Hartman threw 9 yards to Taylor Morin and 17 yards to Cameron Hite for touchdowns in the third quarter as the margin grew to 35-10.

After Vanderbilt’s first scoring possession, neither team needed more than eight plays for any of their scoring drives until a Wake Forest field goal in the last five minutes came at the end of a 14-play drive.