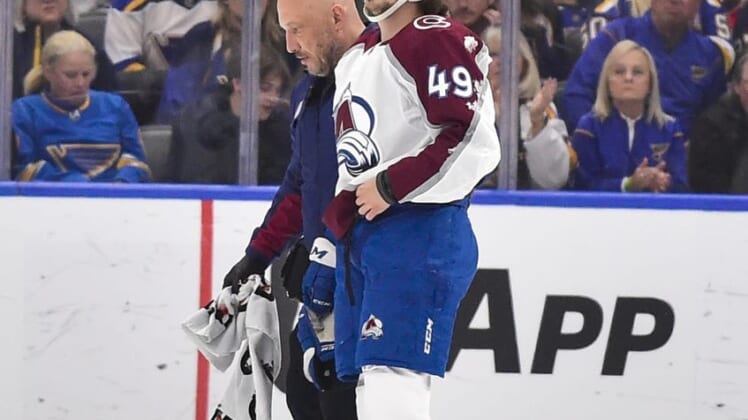 Colorado Avalanche defenseman Sam Girard got knocked out of the game early in the first period Saturday night when St. Louis Blues forward Ivan Barbashev drove him into the end boards with a big hit.

Girard (upper-body injury) was ruled out for the remainder of Game 3 of the Western Conference semifinals and taken to a local hospital in St. Louis for further evaluation.

Blues goalie Jordan Binnington was knocked out 6:45 into the game when Avalanche forward Nazem Kadri and Blues blueliner Calle Rosen crashed into him in the net. It appeared to be a lower-body injury. Binnington tried some agility drills but was not able to continue.

The Blues and Avs are entered the game 1-1 in the best-of-seven series.