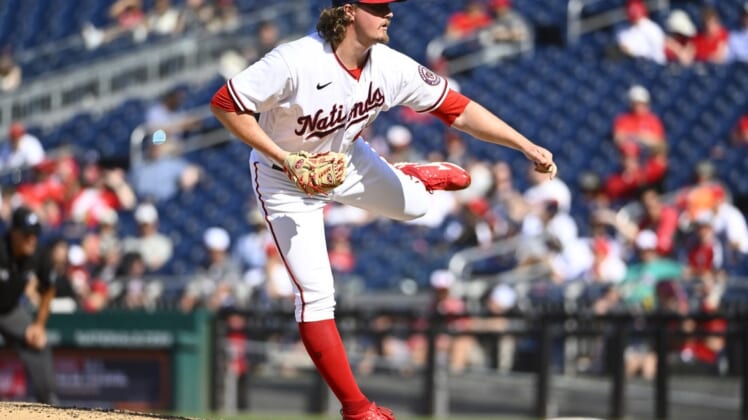 A whirlwind July continued for left-hander Sam Clay on Sunday when the reliever was claimed off waivers by the New York Mets.

The Mets are the third National League East team to employ Clay this month.

The Washington Nationals designated Clay for assignment on July 1 and the Philadelphia Phillies claimed him off waivers on Tuesday and optioned him to Triple-A Lehigh Valley.

But Clay never pitched in a game for the organization before Philadelphia designated him for assignment on Friday. Two days later, the Mets scooped Clay off the waiver wire and designated right-hander Jake Reed for assignment.

Clay appeared in just six games for Washington this season and had a shaky 10.38 ERA. Last season, Clay went 0-5 with a 5.60 ERA in 58 relief appearances for Washington.

Clay, a ground-ball pitcher, also has appeared in 21 games for Triple-A Rochester this season, going 1-2 with a 3.10 ERA.

Reed, 29, made five relief appearances for New York this season and was 1-0 with an 11.37 ERA. He has made 15 major league appearances over the past two seasons with the Los Angeles Dodgers and New York Mets and is 1-1 with a 6.61 ERA.