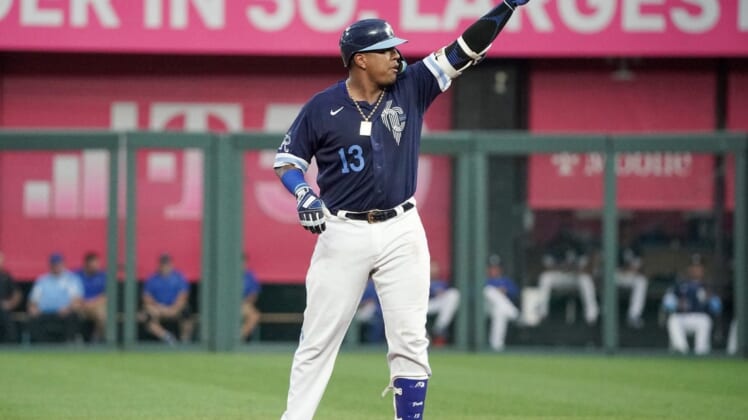 Salvador Perez had a home run, a double and three RBIs as the host Kansas City Royals matched a season with third straight win, defeating the Baltimore Orioles 8-1 on Friday night.

The Royals scored at least seven runs for the third straight game, after reaching that total just eight times all season previously.

Jonathan Heasley (1-3) recorded his third straight quality start, with Friday’s the best of the three. He allowed no runs and just one hit in a career-high seven innings. He struck out a career-high six batters and didn’t walk anyone.

And he did it against a hot offense. Baltimore came into the game averaging 5.6 runs per game in June.

The Royals took control from the start. Whit Merrifield and Andrew Benintendi ripped doubles to left to begin the first inning. Perez then put the Royals up 3-0 with a 436-foot jolt to dead center field. It was Perez’s third home run in his last seven games.

Perez followed that up with an RBI double in the third, which followed Bobby Witt Jr. triple on a line drive to left. Through three innings, the Royals had six extra-base hits.

The Royals were back at it in the fifth. Benintendi led off with an infield hit and Witt blooped one into short right. After the runners advanced on Perez’s soft grounder, MJ Melendez hit his sixth home run of the season into the seats in right center and the Royals led 7-0.

Michael A. Taylor launched a leadoff home run in the sixth inning.

Anthony Santander hit a solo homer in the ninth for the Orioles’ run.