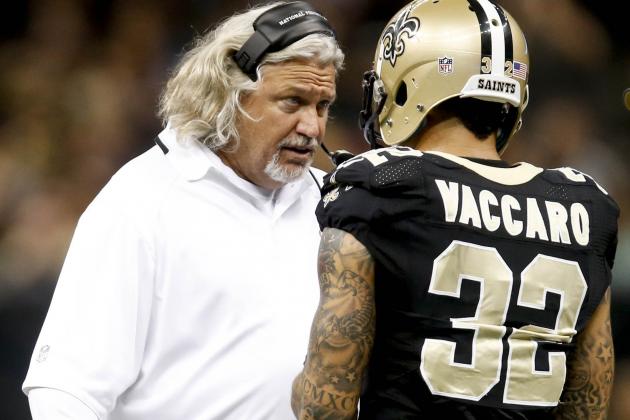 The New Orleans Saints have underachieved all year – and now, for head coach Sean Payton, the time has came for him to make a change in the back end of his defense to send a message. Per NFL Network’s Ian Rapoport, the Saints will be benching former first round-pick Kenny Vaccaro, relegating him to the bench and elevating former Viking Jamarca Sanford to a more prominent role.

While Vaccaro had “earned several game balls” according to Rapoport’s sources within the New Orleans locker room, it has not been a banner year for the ex-Longhorn. Originally conceived as a perfect complimentary safety to the rangier Jarius Byrd, Vaccaro’s lack of range has been exposed this season against the likes of Julio Jones, Dez Bryant, and, most recently, Kelvin Benjamin. Vaccaro also lost backside contain on a 71 yard touchdown run by Jonathan Stewart this past weekend, potentially spotlighting issues he has had in run fits throughout the season. No safety has committed more than Vaccaro’s nine penalties on the year.

Vaccaro’s benching could also highlight issues between head man Payton and defensive coordinator Rob Ryan. According to various reports, these issues have been festering throughout the season. While both men have refuted any reports of enmity, Ryan’s pedigree certainly belies his team’s putrid defensive rankings. The Saints currently sit at 31st in the NFL in yards per game (398.7) and 30th in points allowed per game (27.6).

The Saints are set to face the Chicago Bears at Soldier Field this week while still squarely in the hunt for a playoff berth in the mind-blowingly awful NFC South. Sanford, Pierre Warren, and Marcus Ball are the top three safeties on their depth chart as of right now.