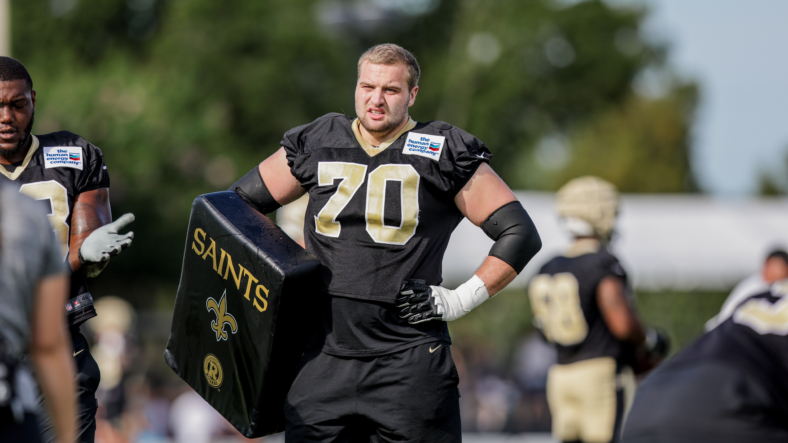 With just over two weeks before the New Orleans Saints kick off the regular season, the franchise has just gotten some tough news stemming from Friday’s preseason finale. Though it’s not out of the blue, after seeing first-round rookie left tackle Trevor Penning go down with an injury. The 6-foot-7 mammoth had to be carted off where he’d later undergo a full medical evaluation.

Here’s the play where the injury occurred. It appears to be caused by some friendly fire, with another Saints player barreling into Penning’s left side.

Unfortunately the bad news continued on Saturday when the MRI revealed Penning to have torn a ligament in his foot. As NFL Network’s Ian Rapoport notes, Penning will require surgery. The Saints have not provided a timetable for his return, but this is certainly a big blow to the start of their season.

While Penning had yet to claim the starting role in New Orleans, it was only a matter of time before he surpassed James Hurst, who’s started 20 games for the Saints in the past two seasons. Jameis Winston won’t have to worry about his blindside too much, a Hurst finished with a stellar 76.9 pass blocking player grade per Pro Football Focus in 516 pass block snaps in 2021.

Still, as the Saints prepare for a difficult year trying to get back to the postseason after falling just short at 9-8 a year ago, they’d prefer to have all hands on deck to begin the year. That includes Penning, the 19th pick in the 2022 NFL Draft. Thanks to a preventable play during the preseason, now Penning won’t be available for a number of weeks.

Their first three matchups are ultra important, all coming against divisional rivals in the NFC South. That includes a Week 2 matchup against the Tampa Bay Buccaneers. In Week 3, they face off against Brian Burns and Derrick Brown as they head to Carolina.

While Penning won’t be forced to learn quickly on the job as the year begins, now he has a bigger obstacle to overcome as he begins the long road to recovery. Hopefully, sooner than later.