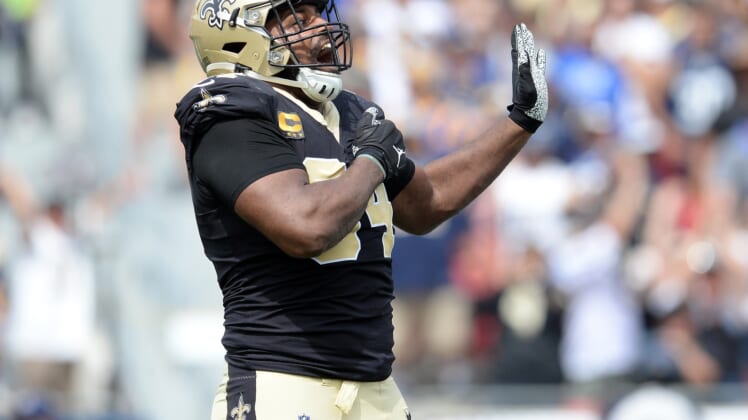 The New Orleans Saints and their fans are not in a giving mood following yet another controversial loss to the Los Angeles Rams.

The backstory is by now well known. Sunday represented the first time these two teams have done battle since Los Angeles’ win over the Saints in last season’s NFC Championship Game.

The end of that game included a controversial non-call on an obvious pass interference that would have likely sent New Orleans to the Super Bowl.

Despite losing 27-9 to the Rams on Sunday, it seems like New Orleans is sour over the officiating.

This criticism stems from a play in the second quarter in which it looked like Jordan had returned a Jared Goff fumble for a touchdown.

Officials calling the game in Los Angeles decided to blow the whistle immediately. The play was ruled dead, negating what would have been six points for Jordan and the Saints’ defense.

Jordan might be upset with the officiating. Heck, the Saints still aren’t over what transpired in the NFC Championship Game.

Even then, they lost by 18 points on Sunday and didn’t have their future Hall of Fame quarterback on the field for a vast majority of the game. One call didn’t change the outcome of a lopsided affair.