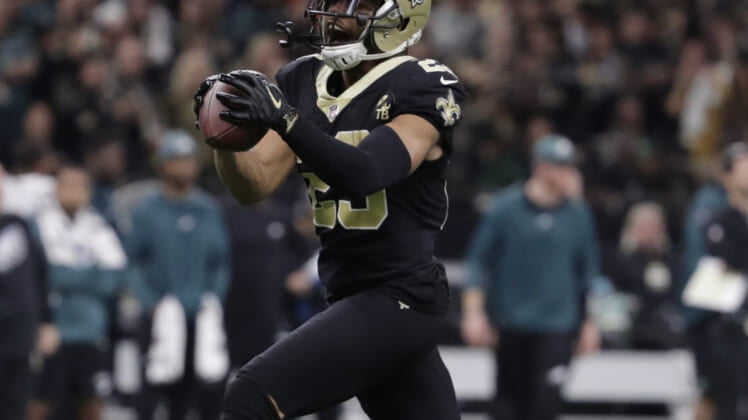 Adding insult to injury, the New Orleans Saints will be without star cornerback cornerback Marshon Lattimore for at least one week after he suffered a hamstring injury in the team’s shocking loss to the Atlanta Falcons on Sunday.

Lattimore exited the game in the first half. After that, Falcons receiver Julio Jones went off. Given the nature of hamstring injuries, we wouldn’t be surprised if this were a multi-week absence.

New Orleans’ 26-9 loss to a previously one-win Falcons squad pushed the team two games behind the San Francisco 49ers in the loss column as the two teams vie for home-field advantage in the NFC Playoffs.

San Francisco is set to take on the Saints in New Orleans on Dec. 8. The hope is that Lattimore will be back by then.

A first-round pick back in 2017, Lattimore has recorded 10 passes defended and an interception in nine games this season. He was the NFL Defensive Rookie of the Year back in 2017.