New Orleans Saints star running back Alvin Kamara was ruled out for Sunday’s game against the host Tennessee Titans.

Kamara did not practice all week while dealing with what’s reported to be a mild knee sprain.

Kamara’s absence likely pushes Mark Ingram into the starter’s role. The former Saint rejoined the team via a trade with the Houston Texans last month. In two games complementing Kamara in the Saints’ offense, Ingram has 15 carries for 70 yards and seven catches for 46.

The Saints are already down starting quarterback Jameis Winston (knee) and No. 1 receiver Michael Thomas, the latter of whom is missing the entire season while recovering from ankle surgery. 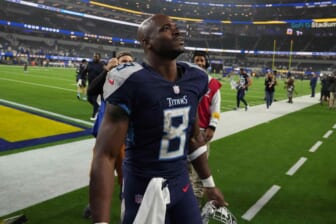 Titans receiver Julio Jones is questionable with a hamstring issue. He was not on Wednesday’s injury report, but was a limited participant Thursday before sitting out Friday.