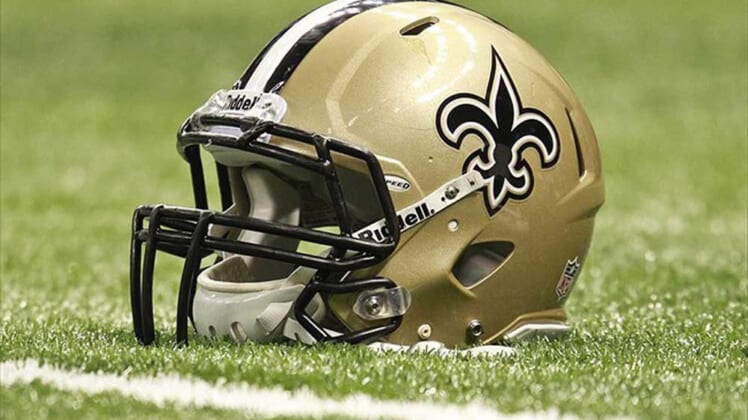 Could Round 1 of the 2018 NFL Draft Thursday night conclude with the New Orleans Saints finding an eventual successor to future Hall of Fame quarterback Drew Brees?

This has been bandied about for some time. Picking 27th overall, New Orleans has shown interest in some of the second-tier quarterback options that could be available to the team with that selection.

Now comes this report from NFL Media’s Ian Rapoport indicating that the Saints have made calls about a massive move up from the back end of the first round. The assumption here is that New Orleans is angling for one of the top signal callers in the draft.

The #Saints have made plenty of calls about making a big leap up from pick No. 27, I’m told. Could be due diligence in case a certain player (perhaps a QB) falls. But they will be well-prepared to move tonight if it comes down to it.

Without a second-round pick due to last year’s Alvin Kamara trade with the 49ers, making such a leap would require New Orleans to give up its first-round pick next year and a whole lot more. Whether that happens remains to be seen.

But if a quarterback from the group of Baker Mayfield, Josh Allen, Josh Rosen, Sam Darnold or Lamar Jackson drops outside of the top 10, New Orleans will reportedly come calling.

It’s an underrated storyline heading into the first round Thursday evening in Dallas.