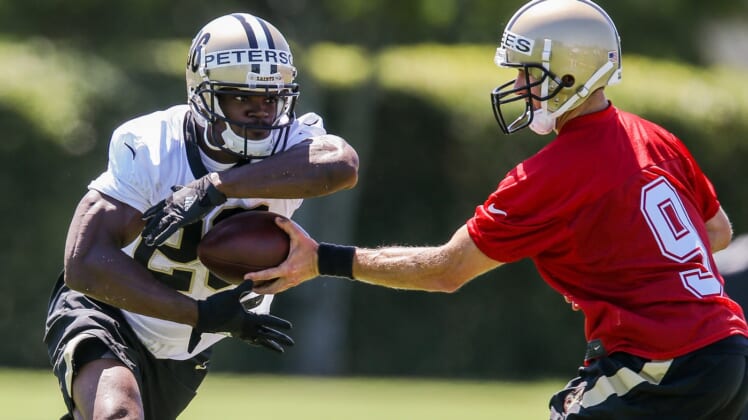 First-year New Orleans Saints running back Adrian Peterson is expecting a little love, and then some, when he travels back to Minnesota to face the Vikings on Monday.

“I think it’ll be a warm welcome,” Peterson said per Andrew Krammer of the Star Tribune. “I don’t see why it’d be any other way. Ten years played there. A lot of good memories there and being the face of the franchise for so long, giving them everything I’ve got. I don’t think it took a rocket scientist to see when I was on the field, I was giving max effort with everything I did.”

The Vikings released Peterson prior to the start of free agency. After a while on the market, the Saints finally inked Peterson to a contract.

During his 10 years in Minnesota, Peterson was easily the most solid contributor to the team. The seven-time Pro-Bowler and four-time All-Pro put up a total of 13,692 yards and 102 touchdowns on the books.

Peterson reuniting with his former team has been one of the most anticipated and so-called “revenge matchups” since the NFL schedule was released.

Peterson will work in conjunction with running back Mark Ingram in hopes of leading New Orleans to the playoffs. It starts Monday night in Minnesota against the running back’s former team.