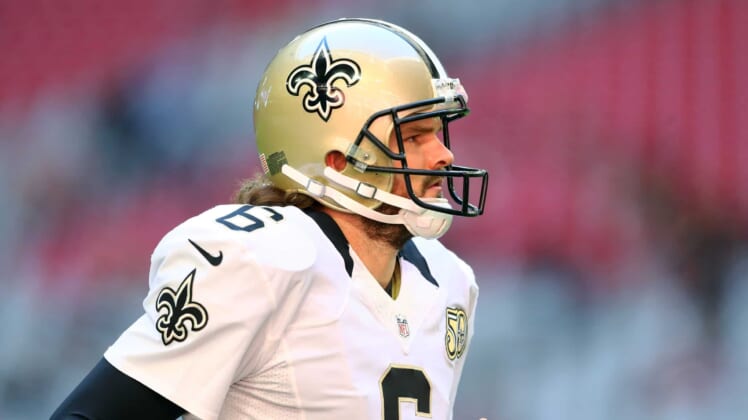 If you were watching Sunday’s NFC Divisional Playoff Game between the New Orleans Saints and Minnesota Vikings and happened to see Saints punter Thomas Morstead wincing in pain, holding his side, there was a good reason for that.

The guy is playing through broken ribs, though he said, “It only hurts when I punt,” per Greg Coleman of KFAN in Minnesota.

BREAKING: According to our @gregcoleman8, Saints punter Thomas Morstead said that he broke a couple ribs “it only hurts when I punt”. #KFANVikes

Based on what we witnessed, it hurts when he jogs onto the field, too.

Thomas Morstead is fighting through the pain pic.twitter.com/brWeFIaJ1r

Here’s the play in which Morstead was injured, and it’s not hard to see how it happened.

So far, Morstead has had to gut through the pain more than he usually would as New Orleans’ offense is struggling mightily against the Vikings. He’s had to punt three times already in the first 20 minutes of the game, averaging 46 yards per kick.