Saints-Patriots Vegas favorites to meet in the Super Bowl 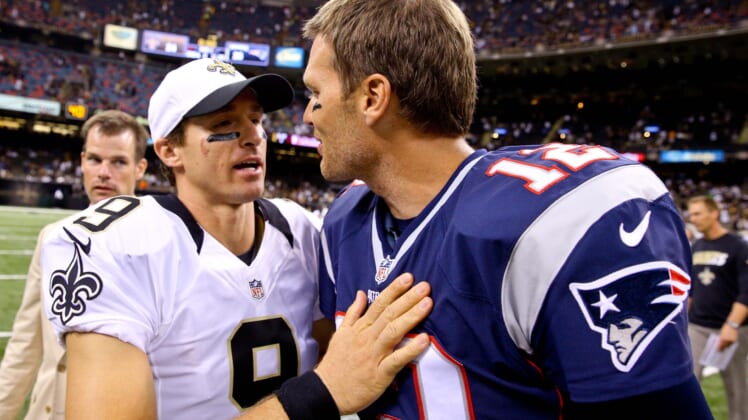 The NFC is absolutely stacked at the top heading into the midway point of the NFL season. Over in the AFC, it’s the defending champion New England Patriots and everyone else.

As the NFL prepares for the start of its November slate, Vegas has come out with its Super Bowl odds. In what can’t be considered a surprise, New England is odds-on favorites to comes out of the AFC. The NFC is more up in the air.

Here are the current odds to earn a trip to the Super Bowl (via Odds Shark).

There’s a whole heck of a lot to look at here. New Orleans’ status as the favorite in the NFC can’t be seen as too much of a surprise. The team won all five of its games with Drew Brees sidelined before blowing out the Arizona Cardinals in his return to action on Sunday.

However, these odds are going to be heavily dependent on head-to-head games moving forward on the season.

At 7-0, the San Francisco 49ers are coming off a blowout 51-13 win over a Panthers team that had come out on top in four consecutive games prior to Sunday’s outing.

San Francisco hosts Green Bay in Week 12 and will travel to New Orleans to take on the Saints in Week 14. The Packers and Saints are one game behind the surprising 49ers in the loss column.

Whoever gains home-field advantage throughout the playoffs will likely be favored heading into January.

The AFC is a bit more clear-cut. Kansas City has lost three of its past four games. Patrick Mahomes remains sidelined to injury.

Even when he comes back healthy, the road to the AFC title will once again go through New England and an undefeated Patriots team that has outscored its opponents 250-61 through eight games.

At +1800, the Ravens could be a tremendous play. They have the ability to run the ball with record-breaking quarterback Lamar Jackson and Pro Bowler Mark Ingram in the backfield. That type of team typically performs well in January.