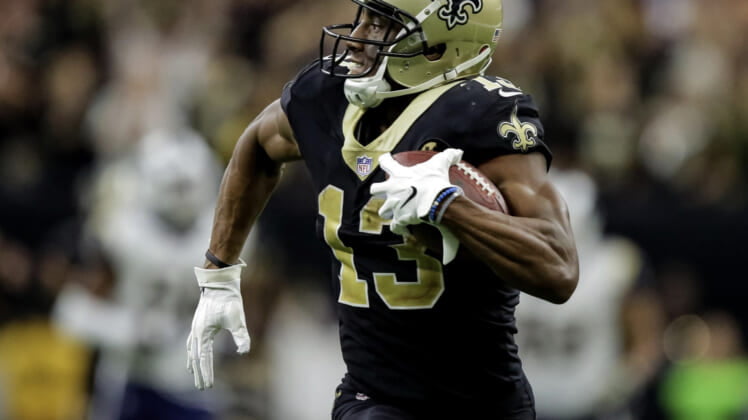 Talk of the New Orleans Saints getting “robbed” in the NFC Championship Game after losing to the Los Angeles Rams won’t be dying down for a while. On top of that, another robbery is being reported stemming from the NFC Divisional playoff game when the Saints defeated the Philadelphia Eagles one week prior.

According to the New Orleans Advocate, Michael Thomas’ game-worn jersey in addition to a Zach Ertz signed and worn jersey and gloves were all stolen on Jan. 20. Reportedly, the items were in a bag and the theft was reported from the Mercedes-Benz Superdome in New Orleans.

It will be interesting to see if the items somehow surface again or if the police wind up recovering them.