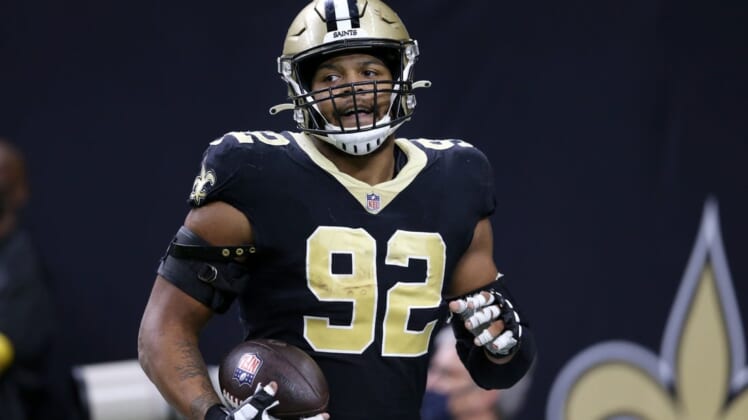 He said he expects to be healthy for training camp in July.

An infection from a previous surgery forced the amputation. Davenport, 25, also had right-shoulder surgery in January.

Davenport, entering his fifth NFL season, said he had tore ligaments in the finger while playing at UTSA in 2016. He finally had surgery on it in 2021 to straighten it, which required inserting a plate.

When the plate broke during the offseason, an infection set in and the top of the finger was removed.

The Saints selected Davenport with the 14th overall pick in the 2018 NFL Draft. He has appeared in 48 games (23 starts) and has 113 tackles (23 for loss), 52 quarterback hits, seven forced fumbles, one fumble recovery and 21 sacks, including a career-high nine in 2021.

The Saints picked up Davenport’s fifth-year option, worth $9.55 million, despite his injury history. He has missed 17 regular-season games with varied injuries that include to his shoulder, foot, toe and elbow.