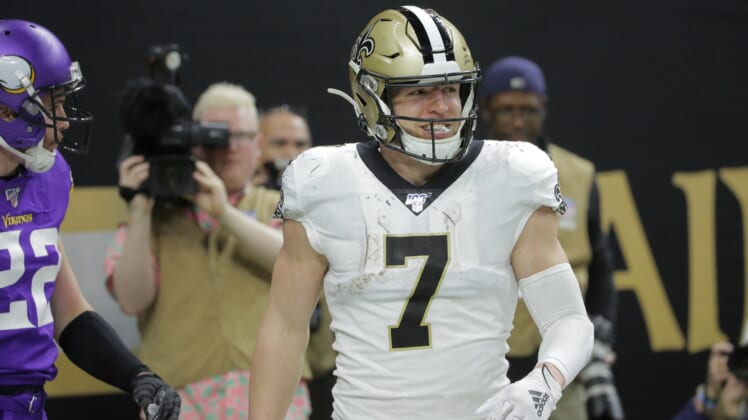 The New Orleans Saints will officially have Drew Brees back for the 2020 season. Following the future Hall of Famer’s announcement that he is coming back, the Saints can turn their focus to the future. Now their plans might directly center on keeping Taysom Hill in New Orleans at all costs.

According to NFL Network’s Tom Pelissero, the Saints could explore applying a first- or second-round tender to Hill. He enters the offseason as a restricted free agent, which allows the Saints to take further steps to secure his future with the organization.

Hill would certainly attract interest from multiple NFL teams, including the New England Patriots, if he hit free agency. However, front offices throughout the league could view sacrificing a top pick as excessive for a player who turns 30 next season and has attempted just 13 passes in his career.

The Saints know how to use Hill even when Brees is on the field, as we saw throughout the 2019 season. Given the organization’s plans to move on from Brees after 2020 and their strong belief in Hill, it seems likely that he returns to New Orleans.