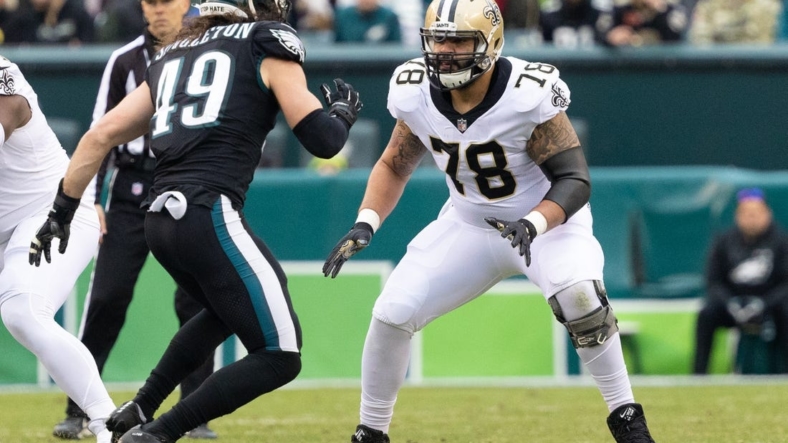 New Orleans Saints center Erik McCoy agreed to a five-year extension on Thursday that NFL Network reported could be worth up to $63.75 million.

The Saints announced the extension later Thursday afternoon. Financial terms were not disclosed.

The report pegged McCoy to receive over $40 million in guaranteed money.

McCoy was slated to become unrestricted free agent after the season with his rookie contract set to expire.

He has started all 44 games he has played over his first three seasons. McCoy missed five games last season — four due to a calf injury and one because of illness.

McCoy has been dealing with a calf injury leading up to Sunday’s season opener against the host Atlanta Falcons. He was a limited practice participant on Wednesday and Thursday.

Receiver Michael Thomas (hamstring) is among the other New Orleans players dealing with injuries.