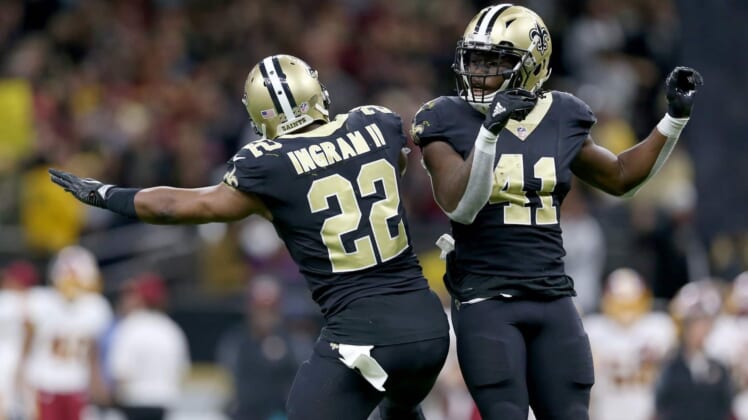 Alvin Kamara was an absolute savage on the field as a rookie for the New Orleans Saints this past regular season. The Tennessee product put up 1,554 total yards and scored 13 touchdowns while averaging 7.7 yards per touch. He will likely earn NFL Offensive Rookie of the Year honors next month.

But apparently Kamara is also a savage when it comes to this whole social media thing. Just ask this Twitter user who goes by the name @YoungDG_.

The talented running back was having absolutely none of it.

Imagine your soundcloud link bein in your bio for 7 years then BOOM, nobody clicks I️t ? https://t.co/iNdCw4yIbT

Come on, Alvin. This dude has a family. He might have children. Heck, there could be a dog in his house relying on him for food. That’s just dirty.

We did do some research here, too. That dude’s SoundCloud account has 1,510 followers. But his last track was played north of 50,000 times. Wonder how much of that was due to the free press Kamara gave him.

In any event, this might be the best burn we’ve seen from a celebrity on Twitter thus far in the young 2018 calendar year. Stay savage, Alvin.