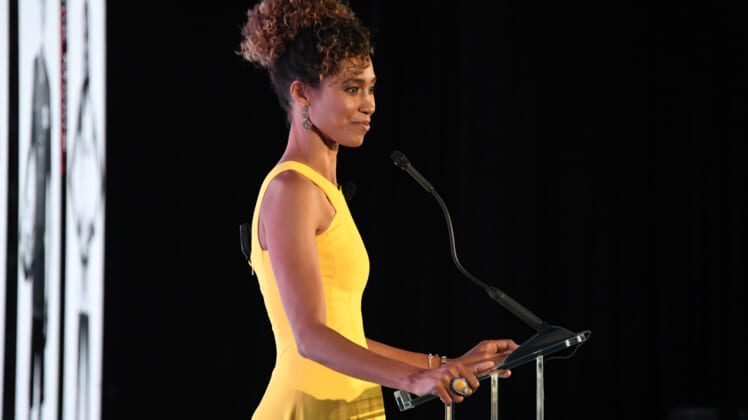 Sage Steele, one of ESPN’s top female anchors is suing her current employer alleging violations of her free speech rights.

In the suit first reported by the Wall Street Journal, the veteran network personality claimed she had recently been retaliated against based on comments she made during a podcast appearance last year. On the podcast hosted by former NFL quarterback Jay Cutler, Steele openly questioned the company’s vaccine mandate and said some female reporter’s style of dress warranted inappropriate comments, among other thoughts.

The backlash Steele faced on social media, then from within the company — the suit claims — breached her contract and led to a violation of her free speech. The filing also claims ESPN forced her to make the October public apology where she said, “I know my recent comments created controversy for the company, and I apologize. We are in the midst of an extremely challenging time that impacts all of us, and it’s more critical than ever that we communicate constructively and thoughtfully.”

ESPN Sportscenter anchor claims she has been retaliated against by network

The lawsuit alleges that the network retaliated against Steele by not giving her notable assignments she would have received previously, and failed to stop harassment from fellow employees after the fallout from her comments. The suit claims the situation was an example of selective enforcement of a network barring personnel from speaking out on political or social issues.

“[ESPN] violated Connecticut law and Steele’s rights to free speech based upon a faulty understanding of her comments and a nonexistent, unenforced workplace policy that serves as nothing more than pretext,” an excerpt from documents obtained by the Wall Street Journal state. 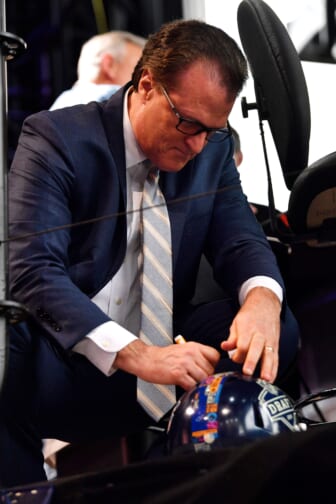 In a statement about the lawsuit from their current employee, ESPN fired back by offering up evidence of how Steele has not been victimized with the proof being in the key assignments she has recently received from the network.

“Sage remains a valued contributor on some of ESPN’s highest-profile content, including the recent Masters’ telecasts and anchoring our noon SportsCenter.”

It is unclear how much time Steele currently has left on her current ESPN contract.