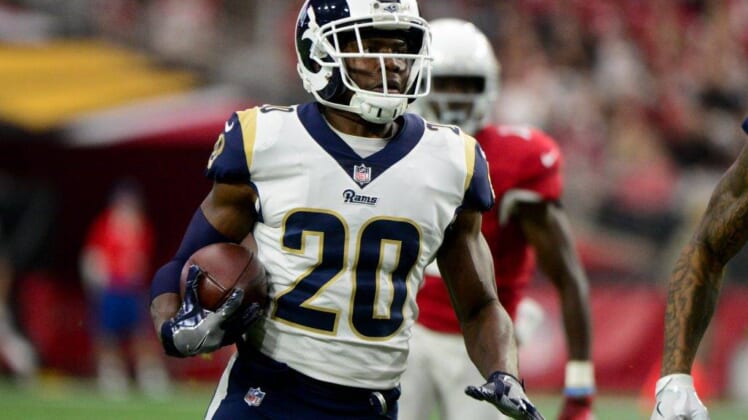 The Raiders continue to work the free agent market ahead of the Wednesday start of the National Football League “new year” and free agency signing period this time signing safety Lamarcus Joyner.

Joyner, 28, was an in-demand safety on the first day of the legal tampering period which saw the market for the position go through the roof. Earlier in the day, former Giants safety Landon Collins signed a whopping $84 million deal with the Washington Redskins.

The #Raiders are expected to sign for former #Rams franchise player, safety Lamarcus Joyner, sources say. A free safety that gives them speed in the secondary.

Joyner is another check mark on the Raiders long needs list heading into next season – their last in Oakland before moving to Las Vegas. The Raiders are making continuous news after trading for all-world wideout Antonio Brown on Saturday night, signing Patriots offensive tackle Trent Brown on Monday, and now Joyner. Joyner is a versatile back who can move from safety and play corner as well. According to Silver and Black Today on CBS Sports Radio contributor, and The Athletic Los Angeles’ Rams writer, Vinny Bonsignore, Joyner is a quality player with tons of upside.

Pound for pound, they don’t come much tougher than Lamarcus Joyner. #Raiders are getting a good, solid, hard nosed football player. And that’s looking like a fourth-round comp luck coming back to #Rams for 2020 draft

Although terms of the deal haven’t been announced, several outlets reported it will be a four-year deal for over $40 million.

We held a live Raiders Q&A on Monday night as the story broke. Watch for discussion on the Raiders recent transactions below.