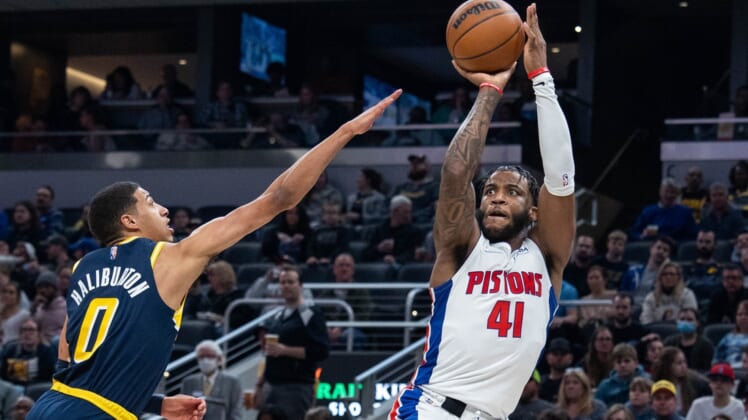 Bey drained 7-of-9 3-point attempts as the Pistons (23-56), who won their third straight, shot 21 of 41 from deep. Frank Jackson had 19 points and four assists and Rodney McGruder tossed in 13 points.

Carsen Edwards, who was signed to a two-year contract earlier in the day, also scored 13 points and dished out nine assists. Braxton Key contributed 12 points and nine rebounds, Isaiah Livers had 11 points and Killian Hayes chipped in 10 points with seven assists.

The Pistons sat out numerous regulars, including Rookie of the Year candidate Cade Cunningham.

Bey finished the half with 26 points but the Pacers scored the last seven points to gain a 66-62 halftime lead. Haliburton and Terry Taylor had 12 points apiece to lead Indiana. Detroit’s 13 3-pointers were a franchise record for a first half.

Brissett had a personal 8-0 run midway through the third to give his club an 83-79 lead. The Pistons finished the quarter with a 16-5 run to take a 98-91 lead into the fourth.

A steal and three-point play by Edwards pushed the Pistons’ advantage to 11 at 105-94. Indiana soon closed the gap to five points but Frank Jackson’s three-point play with 5:07 left nudged Detroit’s lead to double digits again, 115-105.

Haliburton’s three-point play cut the Pistons advantage to 120-114 with 1:49 left. Hield followed with a layup to make it a four-point spread but the Pacers didn’t score again until the waning seconds.