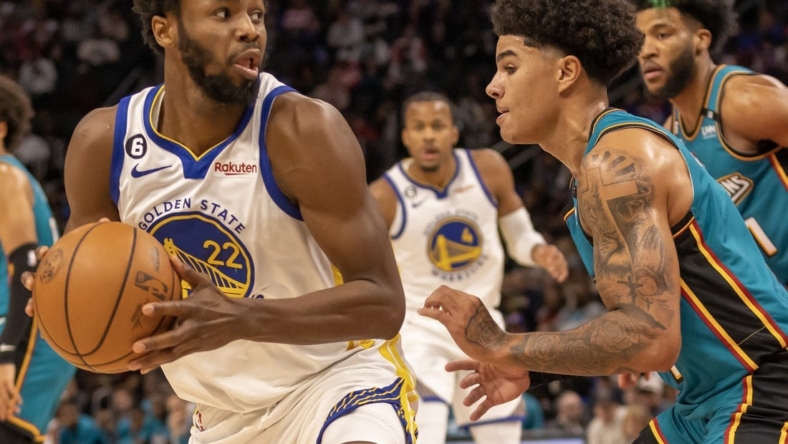 Cade Cunningham contributed 23 points, 10 rebounds and nine assists for Detroit, while Bojan Bogdanovic had 21 points. Bogdanovic agreed to a two-year contract extension prior to the contest.

The Warriors rested starting guard Klay Thompson in the second game of a back-to-back.

All but one of the Pistons’ starters reached double figures by halftime as they grabbed a 63-55 lead. Stewart led the way with 15 points followed by Bey with 13. Curry topped the Warriors, who were held to 38.8 percent shooting before the break, with 15 points.

The Pistons continued to build the lead when play resumed. Bey made a layup on their first possession, kicking off a 13-2 run. Cunningham, who assisted on that basket, hit a pullup jumper and a 3-pointer during that stretch. Bey’s jumper made it 74-57 and prompted Golden State coach Steve Kerr to call a timeout.

Bey capped the outburst with a driving hook shot.

Poole carried the Warriors back in the game with a personal 9-0 run. He made a conventional three-point play, hit a 3-pointer, then made a steal and drained a 30-footer.

After the Warriors pulled within eight with less than five minutes remaining, Bey knocked down 3-pointers on consecutive possessions. He finished the game having made 4 of 9 shots from deep.

Curry scored the next six points but then missed a 3-point shot that could have cut the Pistons’ advantage to five. The Pistons made six free throws down the stretch to close out the victory.