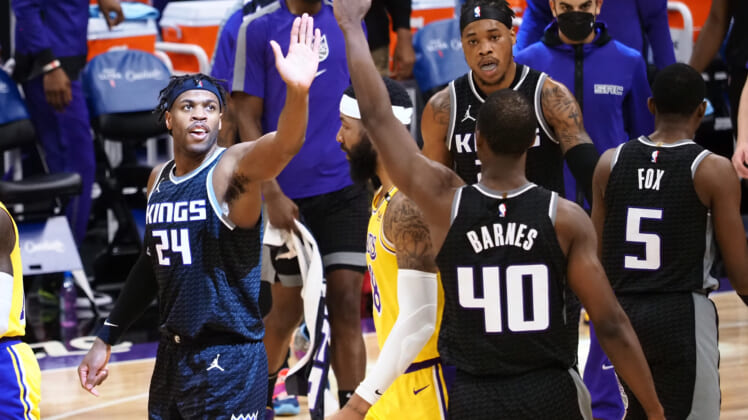 The Sacramento Kings fired head coach Luke Walton on Nov. 21 with the hope it would turn the team around. With the NBA trade deadline approaching and the team still near the bottom of the Western Conference, changes might be looming.

Sacramento entered the 2021-’22 season tied for the longest playoff drought in NBA history. The franchise’s last postseason appearance came in 2005-’06, with Rick Adelman at the helm as head coach and Kevin Garnett leading the NBA in rebounds for the Minnesota Timberwolves.

Despite having one of the worst records in the NBA, the Kings rank 20th in payroll. While general manager Monte McNair still wants to snap the playoff drought, there now seems to be an increasing possibility that two of the Kings’ highest-paid players are traded in February.

According to NBA insider Marc Stein, there is a rising belief around the league that the Sacramento Kings will trade forward Harrison Barnes and guard Buddy Hield before the deadline on Feb. 10.

While both players wouldn’t be among the most coveted in the league, multiple playoff contenders would certainly express interest. Barnes is owed the remaining portion of his $20.28 million salary this season and is due $18.352 million in a contract year in 2022-’23.

The 6-foot-8 forward generated significant interest before the deadline last season, with the Boston Celtics among a handful of clubs involved. For NBA teams in need of a dependable wing who can play both forward positions, Barnes is an intriguing option. 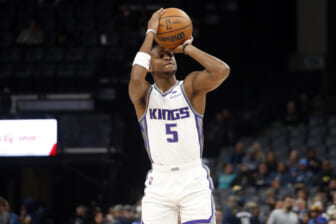 Hield was almost traded to the Los Angeles Lakers this summer before the organization backed out on the deal to acquire Russell Westbrook. The 29-year-old guard won the NBA Three-Point Contest in 2020. One of the most dangerous shooters from beyond the arc, Sacramento would likely be asked to include cash to cover a portion of his contract.

The Sacramento Kings will likely explore their options as buyers and sellers at the trade deadline with second-year guard Tyrese Haliburton and rookie Davion Mitchell the only players staying.