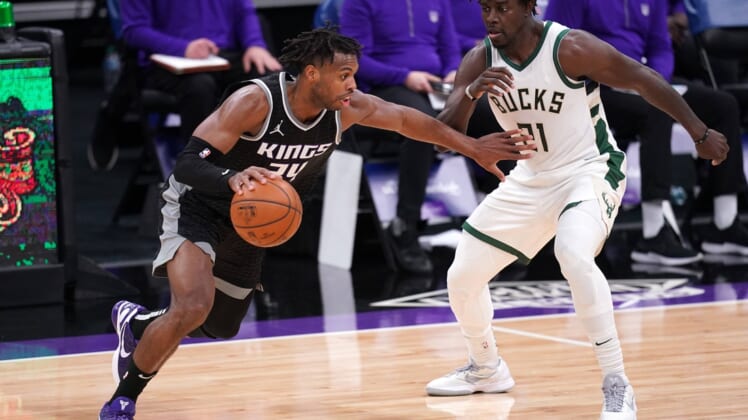 The incident occurred following the conclusion of the Kings’ 129-128 loss to the Milwaukee Bucks on Saturday.

The Kings were upset that Milwaukee’s Khris Middleton was awarded a timeout with 13.4 seconds left as he stepped out of bounds. The Kings had rallied and were trailing by four points.

Hield scored 19 in the loss.