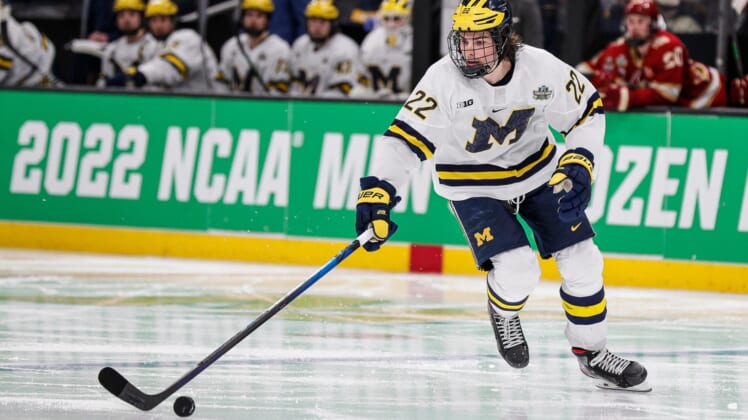 The Buffalo Sabres signed defenseman Owen Power, the No. 1 pick of the 2021 NHL Draft, to a three-year entry-level contract on Friday.

Power played college hockey for two seasons at Michigan after being selected first overall. Power’s Wolverines lost to the University of Denver in overtime Thursday in the Frozen Four, ending their season.

Now Power, 19, can join the Sabres, who are eliminated from playoff contention with 10 regular-season games remaining.

He scored six goals and 48 points over his two seasons at Michigan. He also netted a hat trick for Team Canada at the world juniors held last December, and went on to represent Canada at the 2022 Winter Olympics in Beijing.