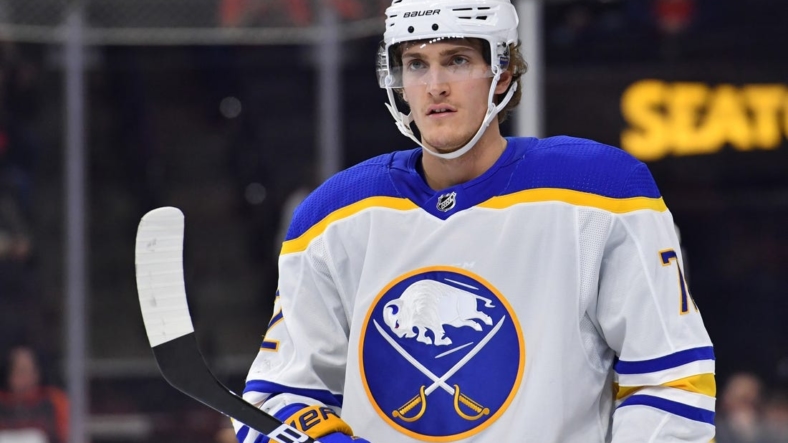 The Buffalo Sabres signed 24-year-old forward Tage Thompson to a seven-year extension worth $50 million on Tuesday.

Thompson is coming off a breakout season in 2021-22 following a move to center during training camp. He led the Sabres with 38 goals and 68 points in 78 games, shattering his previous NHL career highs. He added 30 assists and also recorded four game-winning goals last season.

“Tage Thompson embodies the pride we expect from every player who wears the Buffalo Sabres sweater,” Sabres general manager Kevyn Adams said in a release. “His success last season is a testament to his unrelenting dedication to his craft and commitment to bettering the team both on and off the ice, which we believe will help us reach even greater heights moving forward. We are thrilled to extend Tage, keeping him and his family in Buffalo for many years to come.”

The Sabres acquired Thompson, a first-round draft pick by the St. Louis in 2016, as part of a trade with the Blues in July 2018.