Ryan Tannehill “Not my job to mentor Malik Willis” 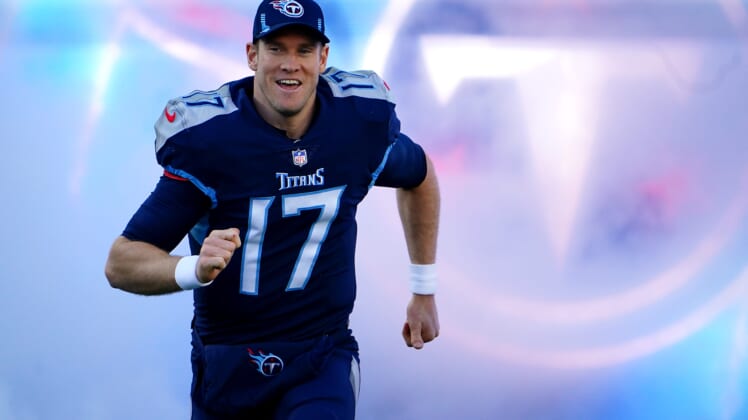 Everyone witnessed the embarrassing fashion in which the Tennessee Titans’ season came to a screeching halt. In Derrick Henry’s first game back from suffering a Jones fracture in his foot that sidelined him for nine weeks, Ryan Tannehill threw three interceptions in their 16-19 Wild Card loss to the Cincinnati Bengals to end the year.

This led to some openly wondering whether the Titans would look to move on from their starting quarterback of the past three years, but his contract prevented them from even getting to the negotiation table.

Basically, Tannehill’s contract locked him into entering the 2022-23 season as the QB1 on the depth chart, which made the Titans a strong bet to draft a quarterback at some point during the 2022 NFL Draft.

This is exactly what general manager Jon Robinson decided to do, trading up to end the freefall Malik Willis experienced from Thursday to Friday in the player selection process. With the Titans selecting Willis in the third round at pick No. 86, there aren’t any immediate concerns of him having a chance to compete for the starting role in Tennessee right away, many considered Willis to be one of the more raw QB prospects in the draft, which could be another reason for his draft stock to fall.

Still, the reason they took Willis is because they’re sold on his potential to become one of the most dangerous weapons in the NFL in short order. It may not be this season, heck it may not even be next season, but the future at the QB position might now belong to Willis instead of Tannehill.

How does the current Titans starting quarterback feel about this?

Related: Ranking the 9 QB picks in the 2022 NFL Draft, from Malik Willis to Chris Oladokun

Ryan Tannehill has no interest in being a team player

When it comes to how he handles having a new teammate at the same position, Tannehill has no plans to embrace the latest decision by Tennessee’s front office.

He had multiple comments on the subject, but one quote that sticks out above the rest, is him saying “I don’t think it’s my job to mentor him”, which is not what you want to hear from a couple of teammates, one being a mentor, and one a potential mentee.

This also comes after they traded his top wideout A.J. Brown and released another with Julio Jones headed out the front door.

Basically, after struggling as a passing offense a year ago, the team did little to improve on that front, aside from trading for Robert Woods and Treylon Burks, which could still end up working out, but it’s a major gamble.

To his credit, Tannehill managed to same some face by ending his comments on a positive note, saying “if he learns from me along the way, then that’s a great thing”.

Still, it creates an odd dynamic for this 22-year-old rookie who’s just looking to find his footing as a professional football player, Tannehill should be willing to help him every step of the way, without being brash or bitter about the process in between.

That’s not how you be a team player on a roster with 52 other teammates. Especially when you’re supposed to be among the team leaders, being voted as a team captain.