Ryan Tannehill could land with the Bengals? 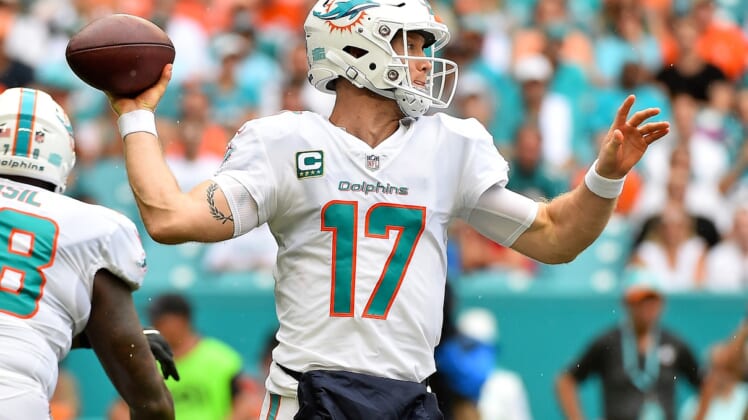 Set to hire a new head coach in Zac Taylor, the Cincinnati Bengals might look to change up their quarterback position this offseason.

Things have not gone too swimmingly for Andy Dalton in recent years. Given that Cincinnati can save $16.2 million against the cap by releasing Dalton, that’s magnified further.

Now, according to this one report, the Bengals might now look to poach Ryan Tannehill from the Miami Dolphins as Dalton’s replacement.

A situation similar to Dalton’s in Cincinnati, there’s a darn good chance the Dolphins will move on from Tannehill. He’s set to count $26.6 million against the cap. Miami can save about half of that by moving on from the quarterback.

These two have seen their careers hit some major turmoil in recent seasons. Both could use a change of scenery. A graduate assistant with Texas A&M from 2008-11, Taylor worked with Tannehill at College Station.

If the current Rams quarterbacks coach is indeed hired by Cincinnati, there’s a good chance he’ll look to bring Tannehill on.