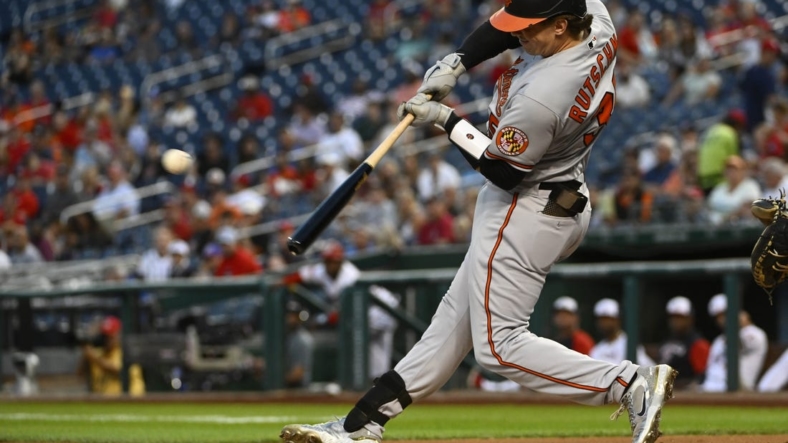 Ryan Mountcastle homered to help the Baltimore Orioles come back in a 4-3 victory against the host Washington Nationals on Tuesday night.

The Orioles (74-67) face a steep climb to reach the American League playoffs, so this was a key result in the first game of a two-game interleague series. Baltimore snapped a two-game skid by winning for just the third time in its last nine games.

Neither team scored after the top of the fifth inning.

Mountcastle, Adley Rutschman, Gunnar Henderson and Austin Hays all had two hits for the Orioles.

Orioles starter Dean Kremer (7-5) lasted five innings, giving up three runs. It was the first time in his last eight starts that he didn’t reach the sixth inning, but relievers Dillon Tate, Cionel Perez and Felix Bautista finished the job without allowing a hit across the last four innings. Bautista pitched the ninth for his 13th save.

Hunter Harvey (1-1) was charged with the loss as the first of six Washington relievers after starter Cory Abbott gave up two runs in three innings.

Four of the first five Orioles to step up to the plate recorded a hit in the fifth, starting with Mountcastle’s 22nd home run of the season to tie the game at 3-3, and ending with Hays’ go-ahead, one-out double.

Baltimore opened the scoring on Henderson’s first-inning single, which plated Rutschman. The Nationals tied the score in the bottom of the inning on Garcia’s double.

Luke Voit’s run-scoring single and Garcia’s RBI fielder’s choice helped Washington take a 3-1 lead in the third inning before the Orioles cut the gap to 3-2 in the fourth when a run scored on Cedric Mullins’ double-play grounder.

Ildemaro Vargas and Joey Meneses both had two hits for the Nationals. Vargas drew a leadoff walk in the ninth, but he was stranded at first base.