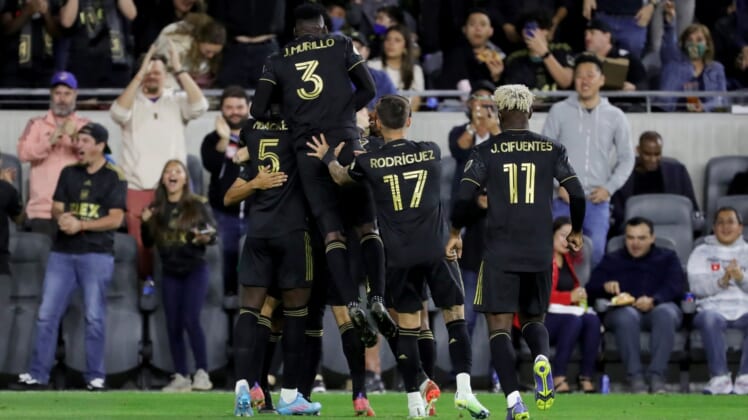 Ryan Hollingshead scored two goals and Carlos Vela added a goal and an assist, leading Los Angeles FC to a 3-1 win over the visiting Vancouver Whitecaps on Sunday night.

Hollingshead, new to LAFC this season after eight seasons with FC Dallas, scored his first two goals with his new team and recorded his first brace in his ninth season as a MLS player.

All of LAFC’s goals came after Tristan Blackmon scored in the 12th minute for Vancouver. The defender was playing against his former team with which he spent four seasons.

LAFC (3-0-1, 10 points) remains undefeated and is off to its best four-game start to a season in club history. The team is undefeated in its last eight games in which it led at halftime.

Vancouver (0-3-1, 1 point) is winless in six games away at LAFC, dropping to 0-4-2 against the Black and Gold. The Whitecaps are winless in their last seven matches going back to last season, with four losses and three draws.

It was clear the LAFC wanted this match for assistant coach Marc Dos Santos, who leaped on the back of head coach Steve Cherundolo at the final whistle in celebration of a win against the team for which he was head coach for 3 1/2 seasons.

Vela, the target forward for LAFC, put home his own rebound in the 38th minute for his fourth goal of the season. In the 70th, Hollingshead hammered a strike from the top of the box into the net.

In the 27th minute, Vela, also his team’s set piece specialist, sent in a corner kick that Hollingshead buried past goalie Thomas Hasal, who had six saves.