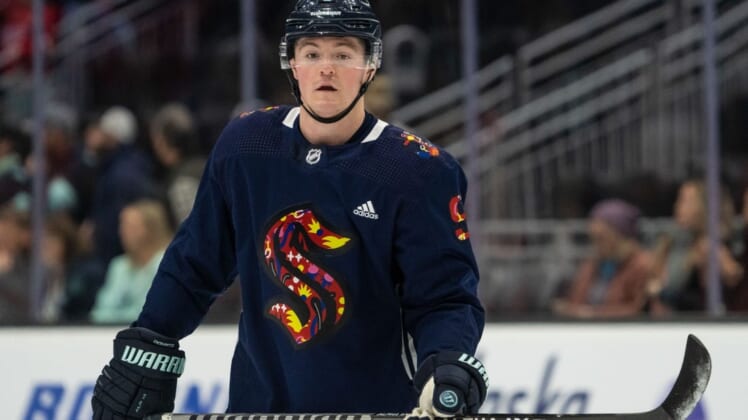 “Ryan elevated his game last season and we’re happy to have him return to the Kraken,” Seattle general manager Ron Francis said. “He completed a career year and will hopefully eclipse that in 2022-23.”

Donato has 108 points (51 goals, 57 assists) in 254 career games with the Boston Bruins, Minnesota Wild, San Jose Sharks and Kraken. He was selected by the Bruins in the second round of the 2014 NHL Draft.

He is the son of former NHL player Ted Donato.