Ryan Braun says he could retire after 2020 season 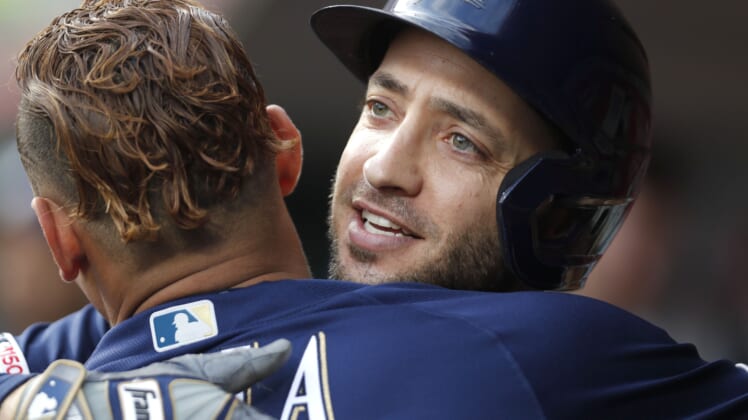 Ryan Braun has provided Milwaukee Brewers fans with plenty of memories during his 13-year career. As he enters his 14th season in Milwaukee, Braun indicated on Sunday that this might be the last time fans get to see him.

Speaking to reporters about the upcoming season, the 36-year-old outfielder talked about the sense of urgency to win now in what might be his final season.

Braun has had a memorable career since being selected with the No. 5 pick by Milwaukee in the 2005 MLB Draft. He made his MLB debut in 2007 and immediately became a star for the Brewers.

He won the NL’s Rookie of the Year award after hitting 34 home runs with 97 RBI and a 1.004 OPS. Braun followed that up with five consecutive All-Star appearances and NL MVP honors in 2011 when he hit 33 home runs with a .994 OPS.

Of course, Braun was suspended in 2013 for violating MLB’s drug policy for his involvement in the Biogenesis scandal. He later apologized for lying about his use of performance-enhancing drugs during the 2011 season.

Braun will enter the season with 344 career homers, 1,128 RBI and a .893 OPS during his career. He is nearing the end of is five-year, $105 million contract and will likely have the final year of his deal bought out when the season ends.