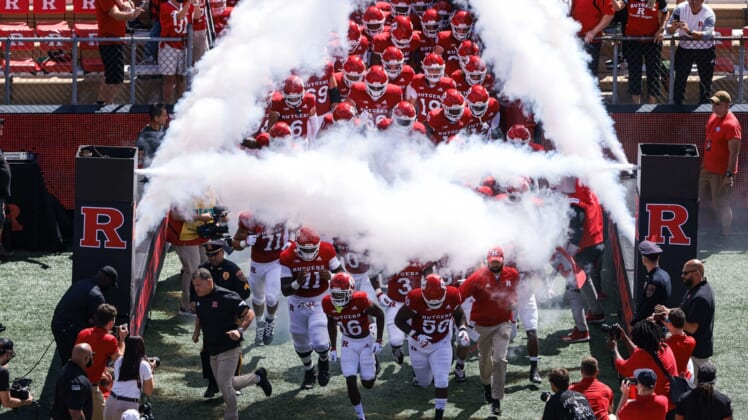 Malachi “Max” Melton and Chris Long were charged with aggravated assault and possession of a weapon for unlawful purpose, according to court records obtained by NJ Advance Media.

The alleged incident occurred Monday night and the players were taken into custody early Tuesday.

“I was informed that Chris Long and Malachi Melton were taken into police custody early this morning as a result of an incident involving a paintball gun,” Schiano said in a statement. “Both players have been suspended immediately.”

Melton is in his second season at Rutgers and leads the team in passes defensed (four) and interceptions (two), including a 46-yard interception return for a touchdown against Temple on Sept. 4.

Long played in two games as a freshman in 2020 but has not recorded any statistics yet this season.