Rutgers hopes for historic season ahead of opener vs. Columbia 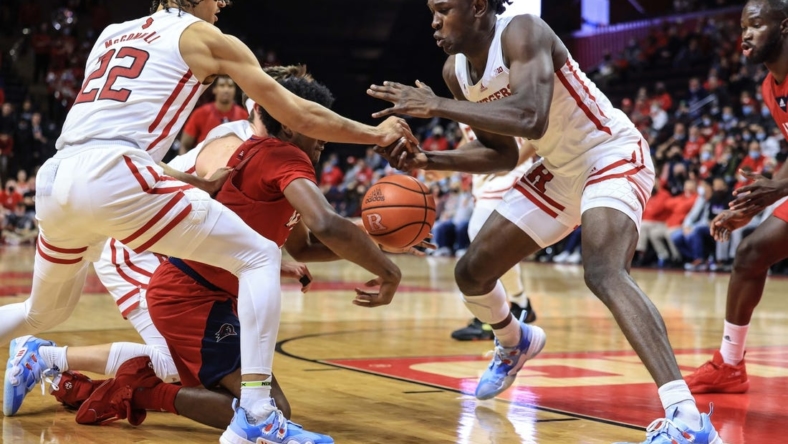 Rutgers can make program history with a 2023 NCAA Tournament berth. The first step on that path comes Monday in the season opener against Columbia in Piscataway, N.J.

The Scarlet Knights are vying to earn three straight NCAA berths for the first time. Last year they made the field of 68 but lost a double-overtime game to Notre Dame in the First Four. The year prior, Rutgers reached the Round of 32 and gave No. 2 seed Houston problems before bowing out.

“My players expect it,” coach Steve Pikiell said at Rutgers’ media day. “Our goal is to go back-to-back-to-back for the first time in school history. … I think there’s that the expectation around my staff and our fans.”

Ron Harper Jr. and Geo Baker have moved on, but the Scarlet Knights bring back NBA prospect Clifford Omoruyi (11.9 points, 7.8 rebounds per game) at center and Paul Mulcahy, the league’s returning assist leader (5.3), in the backcourt. Caleb McConnell, who averaged 5.3 rebounds and 2.2 steals per game, is the reigning Big Ten Defensive Player of the Year.

“For me there is no ceiling,” McConnell said. “I just feel like I’ve been working all summer on things that I know I can do. So really I’ll just go out there and play my game and let my game speak for itself.”

Columbia was voted last in the Ivy League preseason poll, but working in the Lions’ favor is the fact that all five projected starters made double-digit starts a year ago. Geronimo Rubio De La Rosa (12.3 points, 3.9 rebounds, 3.2 assists per game) runs the point. Cameron Shockley-Okeke shot 40.8 percent from 3-point range, and Patrick Harding led the league with 8.3 rebounds per game last year.

“There’s gonna be a bunch of guys that can contribute for us, and I’m excited to see as we get into the games who can step up,” coach Jim Engles said.

Columbia will tune up for the Ivy slate with road games against not only Rutgers but also Providence later in the month.

“I love the local games,” Engles said. “I love having the opportunity to play against Rutgers. I love going over to the RAC (Jersey Mike’s Arena). … What Steve Pikiell’s done over there has been amazing.”