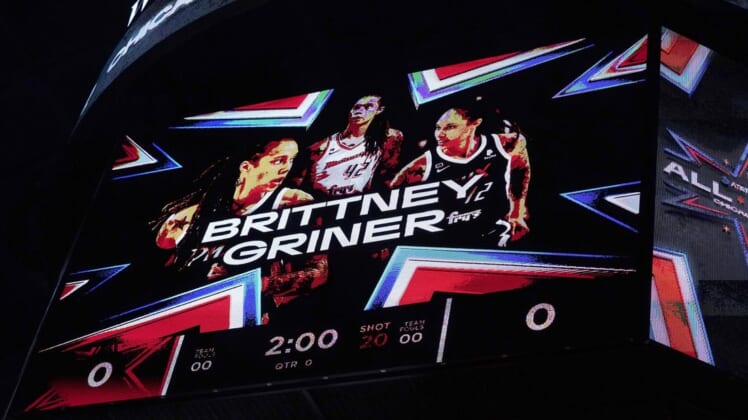 The Phoenix Mercury star and two-time Olympic gold medalist has been detained in a Russian jail since mid-February for bringing vape canisters containing cannabis oil into the country. Griner pleaded guilty earlier this month but said she did not intend to break the law.

Earlier this month as part of her trial, Griner’s lawyers provided documentation from a U.S. medical center that had permitted Griner in 2020 to use medical cannabis to treat chronic pain.

“If a U.S. citizen was taken in connection with the fact that she was smuggling drugs, and she does not deny this, then this should be commensurate with our Russian, local laws, and not with those adopted in San Francisco, New York and Washington,” Zakharova said.

“You understand, if drugs are legalized in the United States, in a number of states, and this is done for a long time, and now the whole country will become drug-addicted, this does not mean that all other countries are following the same path,” Zakharova added.

Possessing cannabis cartridges for any purpose is illegal in Russia.

The charges can carry a prison sentence of up to 10 years.