Daria Kasatkina and Liudmila Samsonova won their singles matches to give Russia a 2-0 victory over Switzerland on Saturday at Prague, Czech Republic, to win the Billie Jean King Cup.

Kasatkina recorded a 6-2, 6-4 victory over Switzerland’s Jil Teichmann, and Samsonova rallied for a 3-6, 6-3, 6-4 triumph over Olympics singles champ Belinda Bencic as Russia won the trophy for the fifth time. The event was formerly known as the Fed Cup.

Kasatkina had just five winners in her match but also had only 13 errors to Teichmann’s 31. Teichmann had 15 winners.

Samsonova notched 30 winners but had to overcome 49 errors to defeat Bencic, who had 15 winners and 18 unforced errors. 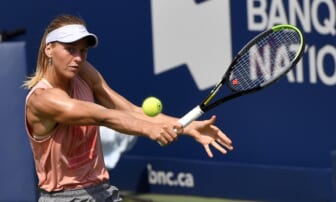