Russell Wilson’s return to Seattle drawing excitement on both sides 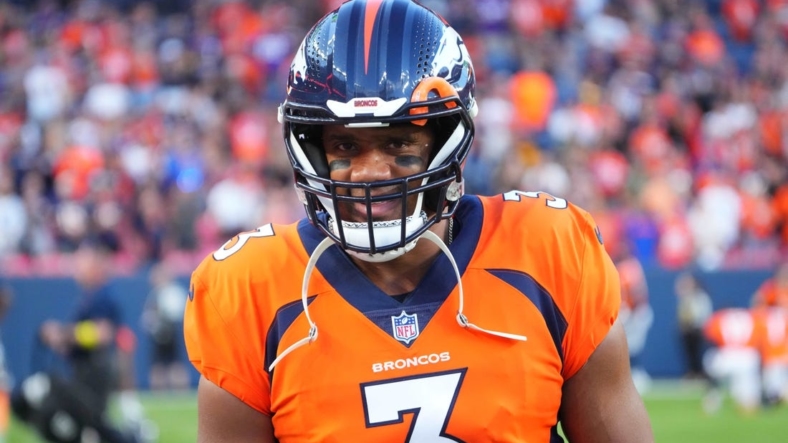 The Denver Broncos committed $165 million in guaranteed money to Russell Wilson with the belief that he’s the big-game quarterback the franchise needs to return to the AFC’s elite.

Wilson will get that opportunity in his first regular-season game.

The NFL made the Broncos’ Week 1 trip to Seattle a primetime affair against his former team on “Monday Night Football.”

Wilson spent his first 10 seasons with Seattle, leading the franchise to its only Super Bowl title. His first NFL game as a non-member of the Seahawks will be right back at Lumen Field.

“I think he always says that pressure is a privilege, and I think that’s something great that he lives off of, and I agree with that. We’re just excited to go play a football game. All these guys have been chomping at the bit and that’s what you want. I am excited to see him out there.”

Wilson was acquired in a blockbuster deal in March in which the Broncos parted with a pair of first-round picks along with three additional draft picks and three veteran players.

He agreed to a five-year extension last week reportedly worth $245 million that puts him under contract with Denver for the next seven years.

Seahawks coach Pete Carroll said it was “awesome” that the NFL schedule-makers have Wilson returning to Seattle in Week 1. And Tyler Lockett, one of Wilson’s most trusted targets over the past seven years, said he hopes his former teammate receives a warm reception Monday night.

“At the end of the day, you’ve got to be able to separate the man from the player and you’ve got to understand that everybody’s trying to do what’s best for them and all you can do is hope that they win and cheer for them to win,” Lockett told reporters. “So that’s really how I feel about it. I think that Seattle should cheer him on for everything that he’s done — help bring a Super Bowl to this community, all that different type of stuff.

While the Seahawks cycled through several offensive coordinators during Wilson’s tenure, he has a new challenge at hand in learning Hackett’s offense while acclimating to a new team. Monday night represents the first real litmus test of how that process is coming.

Denver is a consensus 6.5-point favorite in the final game of Week 1.

“I think that as he’s seen on how we have presented that, I think he’s understood that more, which has made him even more confident in the things that we’re doing. So, I think you just see his confidence in the system and what we’re trying to accomplish.”