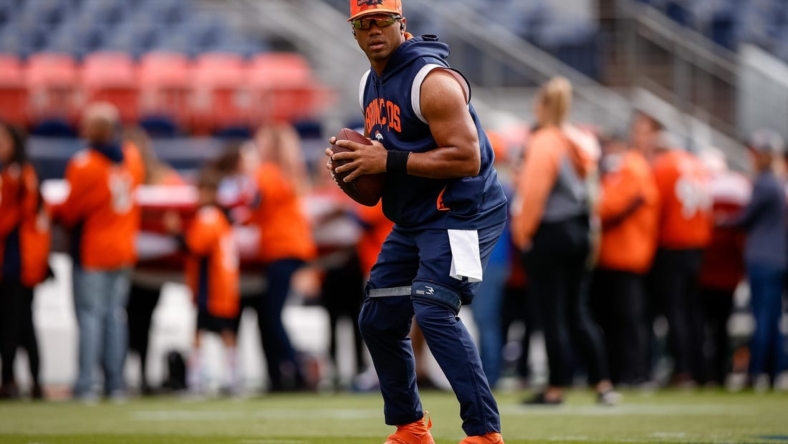 “Yeah, I feel great,” he said when asked if he could play Sunday against Jacksonville without any limitations due to his injured left hamstring.

Wilson missed last Sunday’s 16-9 loss to the New York Jets and was a limited participant Wednesday as the Broncos (2-5) prepare to face the Jaguars (2-5) at Wembley Stadium in Week 8.

Brett Rypien completed 24 of 46 passes for 225 yards with no touchdowns and one interception against the Jets.

Wilson, 33, injured his hamstring in the Week 6 loss to the Los Angeles Chargers. He also has been playing through an injury to his throwing shoulder, a partially torn lat muscle that required a platelet-rich plasma injection.

The Denver offense has struggled despite the offseason acquisition of Wilson. The former Super Bowl winner has thrown for 1,442 yards, five touchdowns and three interceptions through six games, completing 58.6 percent of his passes — far below his career average of 64.8.

Also Wednesday, the Broncos designated offensive lineman Tom Compton for a return from the physically unable to perform list.

Compton, 33, opened the season on the PUP list following an offseason back procedure. He has played in 123 NFL games (44 starts) with six teams since 2013.