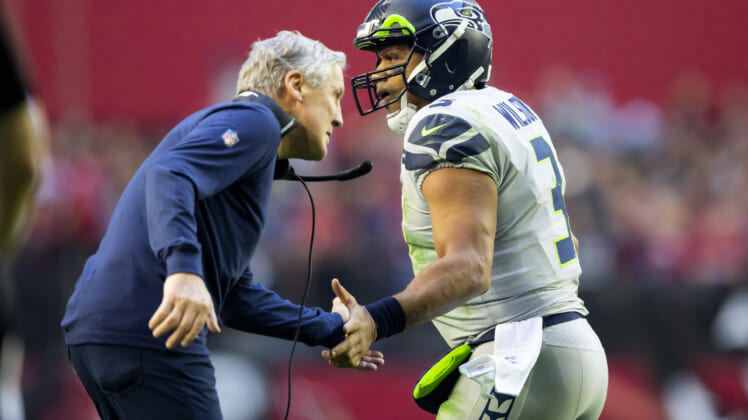 The Seattle Seahawks want to run it back in 2022 with Pete Carroll and Russell Wilson. But a new divide between the quarterback and head coach may prove to be the eventual force that drives a separation and sparks a rebuild.

A rift between Wilson and the Seahawks’ decision-makers started the drama in 2021. Seattle’s franchise quarterback called out the regime for not building a roster around him that was good enough to win the Super Bowl. As The Athletic detailed in February 2021, a struggle over ‘power and control’ along with different ideas for game plans and roster-building wedged a gap between Wilson and Carroll.

The two parties talked things out, doing enough damage control to make things work this past regular season. But after the first 10-loss season since the pair joined forces, the frustrations are back. Entering a critical offseason, as Wilson weighs his future, there is a disagreement once again. 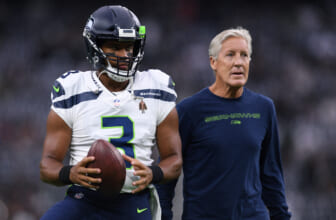 ESPN’s Jeremy Fowler reports that Wilson and Carroll don’t share the same vision on how to build Seattle’s offense. While there is mutual interest in the star quarterback returning in 2022, a difference in philosophies is creating a gap in the relationship between coach and quarterback.

“As one team source says, Carroll and Wilson, though friendly, have philosophical differences on how to build a team and attack a defense.”

Will the Seahawks keep Pete Carroll, Russell Wilson or both?

It’s not a surprise that the two are divided over how to build and run the offense. Carroll remains entrenched in his beliefs, holding firm to a confidence that a run-heavy attack will set up the pass. Meanwhile, Wilson is a believer in a more aggressive aerial attack with an offensive line built to protect the quarterback. 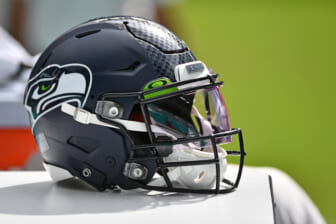 Seattle could choose one man over the other, but that would only leave one real option. If Wilson is granted a trade, Carroll won’t be interested in sticking around for a rebuild. But if the Seahawks wait things out, hoping their legendary coach and future Hall of Fame quarterback reach a joint understanding, that comes with its own complications.

A Russell Wilson trade almost ensures a rebuild and Carroll could follow him out the door. Keeping the Pro Bowl quarterback also comes with its own risks since seven NFL teams are already far ahead in their coaching searches. Ultimately, the best-case scenario for the Seahawks is the Wilson-Carroll relationship putting their philosophical differences aside one final time for a win-or-rebuild run in 2022.