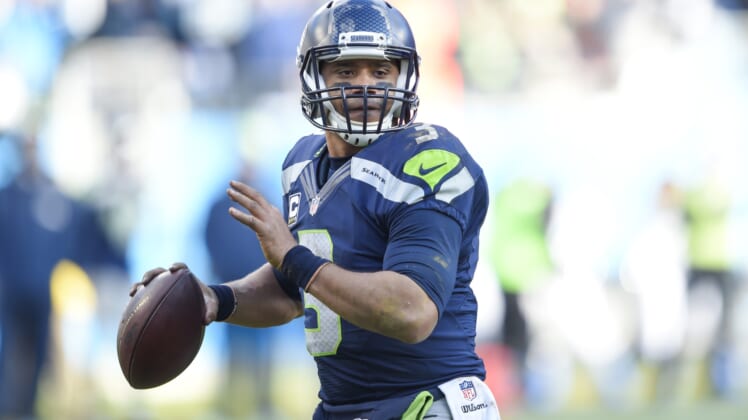 Seattle Seahawks quarterback Russell Wilson had an awful game passing the ball on “Monday Night Football” against the Minnesota Vikings. However, the team’s run game and defense were unstoppable, proving once and for all that wins aren’t a direct reflection of quarterback play.

What’s very interesting is that, with the ugly win in a game that saw Wilson throw one of the worst interceptions you’ll ever see from a pro quarterback, his teammates helped him accomplish some NFL history.

A special milestone for a one of a kind QB.@DangeRussWilson has the most wins in a QB's first 7 seasons in @NFL history! pic.twitter.com/LdZzO0uF4p

Since Wilson took over as the starter in Seattle, this team have been one of the best in the league. They made it two a couple of Super Bowls, won it all after the 2013 season, and made five straight playoff appearances.

With one or two more wins this year, they’ll be back in the postseason once again, which is not what many predicted before the season began given the tremendous overhaul necessary to replace proven stars.

Clearly, the combination of Pete Carroll and general manager John Schneider is among the league’s best. Seattle continually finds ways to bring in young talent that competes at a high level.

And leading the charge, Wilson remains one of the most steady players at his position in the league. His poor game on Monday night notwithstanding, he’s having a fantastic season and has his team in great shape heading into the home stretch.