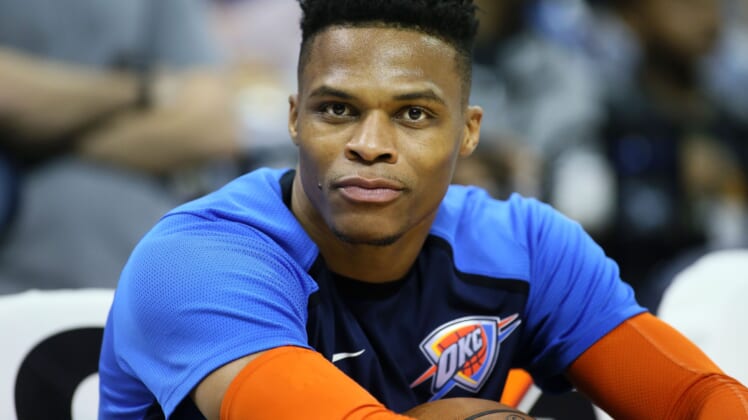 The Miami Heat and point guard Russell Westbrook reportedly have mutual interest in a trade that would end his Oklahoma City Thunder career.

Adrian Wojnarowski of ESPN reported Monday that the Miami Heat have expressed interest in a trade, and that the team is appealing to Westbrook.

Earlier in the day, it was reported that Westbrook and his agents were discussing the possibility of a trade, and that the Thunder were finally open to making it happen.

Wojnarowski reports Westbrook wants to play for a contender, and that obviously isn’t happening in OKC right now in light of the team’s recent trades.

The Heat recently acquired Jimmy Butler in a sign-and-trade with the Philadelphia 76ers. So, adding Westbrook would give them quite a potent 1-2 punch from a scoring standpoint.

Whether that would translate to success long term remains to be seen, though one person very close to Kevin Durant would say the union has no chance to work out.